He was the handsome sort at that time and I was only a four-year-old girl. I still remember his bright face and his two shiny eyes. We overheard our Head teacher saying he had come to teach in our school only for three months against leave vacancy. He used to come to our school in an elegant bicycle with a basket in front. On the very first day he brought toffees for all the students and delivered an inspiring introductory speech. I was pretty impressed by his oratorical fineness.

Very soon he became a popular figure among the pupils. He always entered the classroom cheerfully and took the roll call by calling out our names. The other teachers never used to called us by name, just by our roll numbers. So, he was an exception. He said,”By name we know”. With time we found him as interesting as he came. His Hercules bicycle drew our attention most. At that time there were very few bicycles in our locality. A brand new bicycle with a basket in front was a rare thing. After school, we would walk back home engaged in tittle-tattle. He used to overtake us riding on his elegant bicycle, mimicking our rhythm and crooning the timeless funny rhyme: “School chuti, bhator juti”

In our lingo it meant that when school is over, it is time to enjoy delicious rice and curry. We would burst into laughter with him. Such a  friendly teacher in the nineties of Assam was few and far between.

One day I was walking back home alone. Our teacher saw me and alighted from his bicycle. He asked, “What happened, goshani? Where are your friends?”

Goshani, denoting a goddess, is an expression used for the females of upper Hindu caste in Assam.

“They went to our friend Hari’s home for his birthday party,” I replied.

“My mother doesn’t allow me to visit my friends houses,”I replied wanly.

“I see. Maybe because you are a goshani. Want to ride with me on my bicycle? Would a goshani feel comfortable riding a cycle of a low caste like me?” He asked jokingly.

I laughed and nodded, ready to take a ride with him. I had a craze for his bicycle, anyway. I leaped up on his bicycle to reach the crossbar and we rode away, chattering away. He asked me about my family, my friends and relatives. Reaching home, I saw mother waiting for me by the bamboo gate. I introduced mother to our new teacher. She asked him to come inside and have tea.

“Maybe some other day, madam,” he replied. “Today I’m  running short on time.”

“Does my daughter perform well in school?” asked mother.

“She is too small to be judged,” he replied. “She has immense potential. She is  friendly, brave, adaptable.”He turned to say to me: “Goshani, be ready tomorrow at 9.30 sharp. We will go to school in my cycle.”

With that he went away.

From that day onwards, I became his bicycle companion. The boys would borrow his bicycle to ride to the playground during recreation. My classmates envied me. Some of them commented that our teacher had been extra nice to me from the beginning. Our teacher, Amrit Gogoi, taught us Mathematics. I used to fare badly in this subject. He taught very well but I took time to develop a taste for Mathematics. One day he asked us to count the spokes of the front wheel of his bicycle along with pebbles, desks, benches, whichever could be found in the school campus. Probably, he  knew that we had a secret admiration for his bicycle.

Three months passed in the blink of an eye. One day our headmistress announced after the morning prayer that Gogoi ‘s contract had come to an end. Mili Duarah, who was on leave, would join the next day. She also announced a farewell meeting in the second half of the day. After the meeting, he went to the headmistress’s room for some formalities. I waited for  him outside the school campus under a mango tree. When he came out, he asked me,”Are you waiting for me? I thought I  would miss our last bicycle ride.”

“How could I miss a ride on your elegant bicycle, sir?” I tried to reply in a tone drained of emotion.

That day we did not talk. Many questions kept ringing in  my mind and probably he could hear the echoes of those in his heart. When we neared my home, he parted with useful advice: “Practise  the sums everyday and do regular studies. Beautiful girls like you should rise high in life.”

Reaching home, I came down from his bicycle and so disheartened I was from the turn of events I did not even bid him goodbye. He must have sensed my disappointment. My teacher rode away in his typical graceful manner of cycling. I lingered at  the gate till he disappeared in the next turning.

We never met  again in life, I don’t know what happened  to him, but l have carried him secretly in a corner of my heart.

Years passed. I grew up and obtained my Master’s degree in English  Literature. I joined as a lecturer in  a local college and used to commute by bus to my work place. The bus would stop at a junction. On the wayside was a bicycle repairing shop. With very few buses running between the town and outlying villages, we had to wait for a long time in this junction. I used  to while away by sitting on a wooden bench kept beneath the shed of the bicycle repairing shop and listening to small talk of the people waiting for a bus to come. One day as usual while sitting on the bench, my eyes fell on a wobbly bicycle labelled with a narrow strip of paper. It read: “Used bicycle for sale.”

I felt an instant connection with the bicycle and observed it minutely. I recognized the crossbar even in its discoloured, damaged state. How could I ever forget the appealing physique of the machine that enthralled my childhood?

I asked the shop owner about the owner of the bicycle put up for sale.

“It belongs to an unfortunate teacher,” replied the shop owner. “His name is Amrit Gogoi. He has served for almost twenty years in his village primary school without salary. His school didn’t receive government recognition. Now he is suffering from a critical disease and has decided to sell his bicycle to arrange the cost of medicine.”

Memories came racing back to my mind. My favourite teacher who formed the base of my education is on the verge of death. I knew how much he loved his bicycle. I must help him out in his critical phase of life.

“What is the cost of the cycle?” I asked.

“At a bargain price of fifteen hundred rupees and less,” replied the shop owner.

I slipped my  right hand into the purse and brought out exactly fifteen hundred rupees.

“I was looking for a second-hand bicycle for one of  my cousins,” I said. “I’ll pay now but will send my cousin to take it home in the evening.”

The shop owner was surprised to see me buying a wobbly bicycle without bargaining the price. How stupid of you, my people at home was bound to say. Say what you will, but this bicycle is priceless for me. 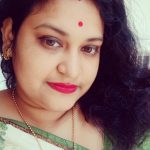 Tukumoni Mahanta is an M.A. in English and she is pursuing her Ph.D in Arunachal University of Studies. 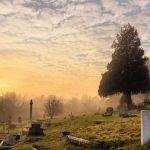 One Way Ticket to the Moon…Sirius-ly 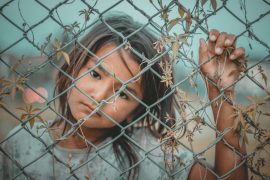 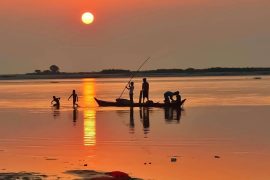 The Mystic Afternoon at Kharghuli