‘What do you excel at ?’ I asked her one day in idle curiosity as I lounged in my chair outside, waiting for the Parakeet to comeback to feast on the starfruit in my neighbor’s garden. I wanted a close shot of the gorgeous green bird, feeding on the fruit, its red beak prominent. I put the lens cover back on after a ten minute wait and no sign of the birds return. I felt chagrined. Whenever I took out my new camera for practice shots, she eyed it slyly and pretended to help me in sighting birds in flight and on perch for me to capture on my lens. As soon as I tried to focus, she would be caught by a coughing or sneezing fit , or remembered something left on the kitchen stove that needed to be checked and would exclaim loudly or screech for her son to rush to the kitchen. The object of  focus and interest would be alerted   and take flight. Though irked, I console myself,  that the deep down she adores me, and this is her way of getting back at me for a million  acts of ingratitude we reserve for our domestics.

‘I’m good at winning lotteries.’ She replied, with her black eyes twinkling, as she straightened from bending over the flower beds, clearing them from a month’s neglect of stubborn weeds.

‘Huh’ I dismissed her in disbelief. ‘Full of self-importance’ is what she is good at I thought in annoyance, as she secretly delighted at yet another of my unsuccessful attempts at photographing the green bird.

That evening the son went out to feed the evening meal to the stray dogs near the school. Feeding strays is always with my blessings.   It was also the first  day of lottery during Diwali at the market place. Mother prepared to go out with her son and left for the market place without saying anything to me. Betting on lotteries is not with my blessings. I prefer not to interfere too much with their personal space and let them be, as I holed up in my bed room with Munna, my canine companion of 8 years who had dived under my bed to flop down on his warm bed and shut out all the loud noises of the festival of lights . Crackers are an assault on animal’s ears I repeat to myself like a litany.

It was past 9 pm when mother and son returned.  Drawn by their excited voices, I went out of my room . There stood the duo, holding a duck in their arms. A white feathered duck with a yellow beak. They sat it down on the floor, while I stared. Munna watched in fascination. The young duck ignored Munna’s inquisitive nose as it stared around the drawing room and waddled a bit in a nervous air.

‘We won the first prize ‘both mother and son shouted. ‘Not just the first prize, their excited voices yelled, ‘we won the first and seventh prize too’ . The seventh prize turned out to be a carton of milk. They played two rounds and won in both. So be it.  A young female duck ( we named it Pek-Pekki) and a  one liter pack of Tetra Pak  milk. Two prizes in two rounds is a full circle of good luck. All the people at the lottery draw wondered at the luck of the mother and son.

Next day they made a pond for the duck and Pek Pekki  took to it like the proverbial duck takes to water. It also  got acclimatized with the resident rooster and other  feathery and furry companions. Pek Pekki spent the whole day with the hens, rooster , dogs and cats playing in the wooded area and praising the angels in the eucalyptus grove who looked over them. The sunshine was bright, the bushes were thick and it was heaven to have the wide expanse fenced in from human trespassers. The son fed the dogs hanging around the school again that day. In the evening the son fed the pups a special meal before getting ready for the second round of lottery.

As the lights of the festival twinkled and beckoned,  mother and son dressed up in  all finery and stepped  out to keep their date with Lady luck. They played five rounds of lottery. Rs 30 a ticket.

Their wins in each round.  Two  five  kg bags of rice in round  one and two, a tray of 15 eggs on the third, a packet of soybeans  in the fourth,  another carton of milk in the fifth round.

People cheered and waved at  them, again in wonder. Mother and son, happily walked back home hugging their lucky wins.

The mother made Kheer with the milk and fed all the pups, cats , rooster, hens and duck.

The bumper lottery is tonight . The first prize is a male duck. Ahhh! A partner for Pek Pekki, thought mother and son in joyful anticipation.  The crowd was bigger in the final round. When the mother bought the ticket, she waved it in the air. The crowd rushed forward shouting their numbers. A  Holy man was closely watching the on goings . Tonight he took special interest in the mother and son duo .

He strolled into the inner circle and raised his hands in the air. As everyone pushed and clambered shouting their numbers, the Holy man placed his hands neatly around the ticket held up by  the mother and deftly tucked it into his waist at the dhoti, before she knew what  he was up to. In two shakes of a ducks tail, , the ticket had changed hands from the mother to the Holy man. Her protests went unheeded in the melee that ensued.

The results were being announced. The Holy man won the first prize. The handsome duck.  He held his prize up jubilantly before whisking it away on his cycle. The mother eyed him and the duck with an unfathomable expression as she stood rooted to the spot staring after them .Staring at the Holy man who snatched good luck out of her hands.

This duck did not live to swim in a pond and spend happy days in the warm waters, praising the forest angels for watching over it. The Holy man should not have done the unholy act of grabbing the luck from the hands of the mother. Soon the Holy man fell ill and was bedridden. He was not able to speak. Only a cackle escaped his lips as a pair of black beady eyes framed by a curly mass of hair bored into his face  in his dreams. His hands and feet itched madly and the veins in them seemed to pulsate with a strange vibration. One morning he woke up and looked at this hands and feet. He was horrified. The flesh between his fingers and toes had grown to join with the next finger on his hands and feet. His hands and feet now appeared webbed like that of a duck. He hid his hands under the bed sheets and drew his feet under him to hide them from his own eyes and prayed. But he could not utter a word. Only a croak escaped his lips in his state of delirium as he slid into merciful death.

I tried to reason with the happenings in the incident and could not help recollecting the film Aiyary. In Aiyary, fine actor Nasir Uddin Shah plays the role of a security guard who won the Derby after spending part of his lottery money treating a sick street dog. The sick dog recovered and later became his pet. He continued with feeding stray dogs with his Derby wins. The more he fed, the more his winnings.

I saw it with my own eyes. The film first and then reality. Fact is indeed so much stranger than fiction.

Good Luck is not something one can snatch from another. 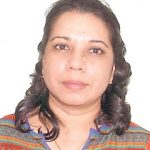 Farah Haque is an aspirant writer who reads a lot , so that she can write a little. Her first book titled ‘ Live and let Live ‘ was published in June 2019, under Kindle Direct Publishing on Amazon. Elements of nature in their profound wisdom, found in all things great and small is her best inspiration. She works and lives in Duliajan India, with her canine companions and other animals.

One for the Road

First Do No Harm