Night of the Red Moon

Purnima  felt she was truly a child of the moon, deeply connected to the many lovely phases  and silvery-golden hues of the beauty above.  Tonight the full moon glowed in an unusual flood of red, an especially gorgeous sight for her to behold.   But the girl lay in bed instead, reliving the severe pain of what had happened at school today.

Mrs. Gautam, her class teacher, had slapped her hands more heavily than usual with a ruler.

“Next time you don’t have your tables memorised, I’ll thrash you twice as much and harder!” she hissed.

“I wasn’t well, I had a bad cold.” The young student started to explain.

“Silence, no back answering or I’ll throw you out of the class,” yelled the teacher.

Purnima shivered, crushed and in pain.

That evening when she got home, she faced her mother, who commented flippantly,  “You look like a tragic heroine from a movie!”

“Mrs Gautam hit me again,” cried the girl.  “I don’t want to go to that school anymore.”

“Well, it’s either school or no education, no future,” responded her mother, shrugging.

The girl showed her mother her hands, still red, sore and stinging.

Purnima felt torn from the lack of sympathy or support from her own mother.   Did this constant cruel berating at the slightest excuse mean nothing at all to a parent?  With  hands still shaking, the girl took out her notebook from under her pillow to pour her heart into a poem.   She was finishing her lines when her mother walked in.

“What are you doing?”  She peered at the sheet.  “Another poem? The tragedienne too busy to do her homework!” She rolled her eyes.  “No wonder the teacher is not happy.”

Purnima stared at her in disbelief.  “You’re as cruel as she was,” she screeched.

Now from her bed, bursting through the torment from all this hostility was the sound of the train Purnima loved.  It was the steam train moving over the railway lines, with its familiar hooting and rhythmic chugging.   The railway track was about half a mile from their home,  but she always ran to the window to get any glimpse of it even from this distance and listen to its song.   Tonight she looked out, gasping in delight at the extraordinary sight of the effulgent crimson moon above.  It was spectacular as it shone, rouge and alluring in the night sky.

Purnima crept out of her bed and put on her sandals.   She had a strange urge to run out of the house towards the sound of the train and the mysterious moon.  She tiptoed on the hard floor and walked briskly outside along the road towards a grassy path.  The vermillion moonlight streamed in a shimmering rain on the young girl as she sallied forth.  She smiled, feeling the wellings of a new poem to her celestial friend above.   The breeze was tender, joining in the  rhythm of the now distant train.   This night had so many colours, charcoal black, rustic purple adding to all the ruddy hues of the heavenly beauty so close above her.

Her walk felt like an endless dream.   Then from somewhere on the grass close to the railway track, Purnima heard an unexpected rustling sound.  It was from one of the bushes.  Her eyes flew open.  In seconds, she saw the cobra as it emerged.  Its hood was open.  Purnima  gasped in horror and started to bolt back towards her home.  The cobra followed her.  She screamed, terrified as she envisioned her gruesome, tortured death from this snake bite.

That’s when the turbaned snake charmer appeared.   “Ramu, come here!” he yelled, beckoning the snake towards him.   The cobra recoiled and slithered towards the man.  Purnima watched them, words choked in her throat. “Missy, please don’t worry.  That’s my snake,” said this sapera.  “I’ve already taken out his poison. He escaped from his basket.  If not for your scream, I might’ve lost him.”  He picked up the reptile. “Thank you,” he added joining his hands gratefully.  “But what’s a young lady like you doing here all alone at this hour in this desolate place?”

Purnima answered,  “I saw the ruby red moon from my window and came out to see it.  Then I started walking.”

The sapera followed her eyes and smiled as he looked above.  “A full moon night with a blood coloured moon is beautiful and powerful,” he said.  “It makes us all a little mad!”  Both of them laughed.   “Shall i play you a tune on my been?  Ramu will dance,” he offered.

The delicious madness from the luscious moon made this dance feel unusually mystical.  Even at this strange hour, this snake charmer sat on the grass outside his hut playing haunting tunes with rapid trills and strange melismas.  As he moved his body, Ramu mirrored his motions in undulations.   Purnima couldn’t help joining them.   Swaying her arms and hips, she also danced, wrapped in the delectable crimson moon streams.   The sapera played a few different tunes.   The trio went on and on.

Finally, Purnima felt her eyelids drooping.  “I must go home,” she said.  “It’s much too late.

“Oh yes it is, missy.  At this unearthly hour, I should definitely walk you to your door,”  responded the snake charmer. So, they left.  However as they approached her home, this tender reverie was broken by the presence of her furious mother.

“Where’ve you been, you irresponsible girl?” she shouted.

Purnima gestured to the sapera to return to avoid him being also an inevitable  object of the ensuing insults.

She faced her mother’s unrestrained torrent of  fury.  The latter screamed about her daughter’s afflictions, her failure and uselessness.  “The teacher had every right to whip you to the fullest!”

But Purnima’s eyes did not have tears this time.  They gleamed instead in the moon’s fiery blush, a sonnet to her soul.

Amita Raj holds an MA in English from Clark University, USA. She loves expressing beautiful stories through the colourful magic of words. She has been a contributing writer to Deccan Herald, Indian Express and India Currents Magazine. Aside from writing fiction and poetry, she is a currently performing opera singer. 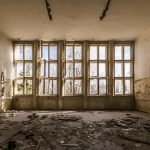 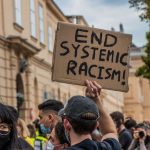 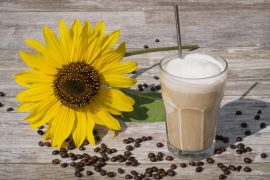 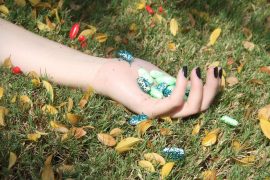 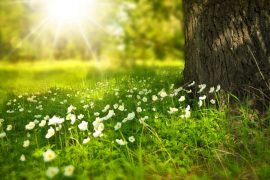